We haven't found any reviews in the usual places.

Rana Mitter is Professor of the History and Politics of Modern China at the University of Oxford and a Fellow of St Cross College. He is the author of A Bitter Revolution: China's Struggle with the Modern World. He is a regular presenter of Night Waves on Radio 3. 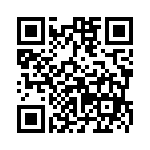