From inside the book

Immigration and Asylum: From 1900 to the Present, 3 Volume Set

At a time when anti-immigration sentiment seems to be the norm not just across this country but in many other Western nations, it is easy to forget that immigrants - asylum seekers in particular ... Read full review

Other editions - View all 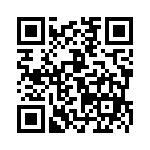